A  collaboration of Chorley’s heritage and cultural societies, supported by Chorley Council, has secured a National Lottery award, made possible by money raised by National Lottery players, for an exciting  project  centred upon the Myles Standish, Pilgrim Fathers’ military captain and often claimed as  a son of Chorley. 2020 sees the 400th anniversary of the sailing of the Pilgrims’ Mayflower and the establishment of New Plymouth in America.

A programme of activities has begun with a short drama St Laurence’s Church Chorley, a key supporter of the project. A short history of Myles’ life is being distributed free to libraries, schools and other community hubs. There will be several lectures, guided walks and interpretative tours of Myles related sites such as St Wilfrid’s Standish, Duxbury, which name Myles used for his own settlement in America, and villages like Croston and Mawdesley wherein he claimed lands. Highlights planned include a Pageant focused on Duxbury and a Thanksgiving service at St Laurence’s in November 2020.

It will be evident that the Covid-19 outbreak has impinged seriously upon the proposed programme. However, although we cannot yet open a public exhibition, Chorley Council have made it possible for us to post on-line the key slides proposed for the exhibition and containing much of the information available for lectures and the booklet.

The exhibition begins with four slides relaying basic information about the Pilgrim Fathers, the voyage on the Mayflower and their arrival in what is now America. It then focuses on three key issues concerning Myles Standish. The reader is invited to look critically at the material and then make their own judgements, hopefully based on further research. Nathaniel  Philbrick’s “Mayflower” (Viking , London, 2006) is strongly recommended. 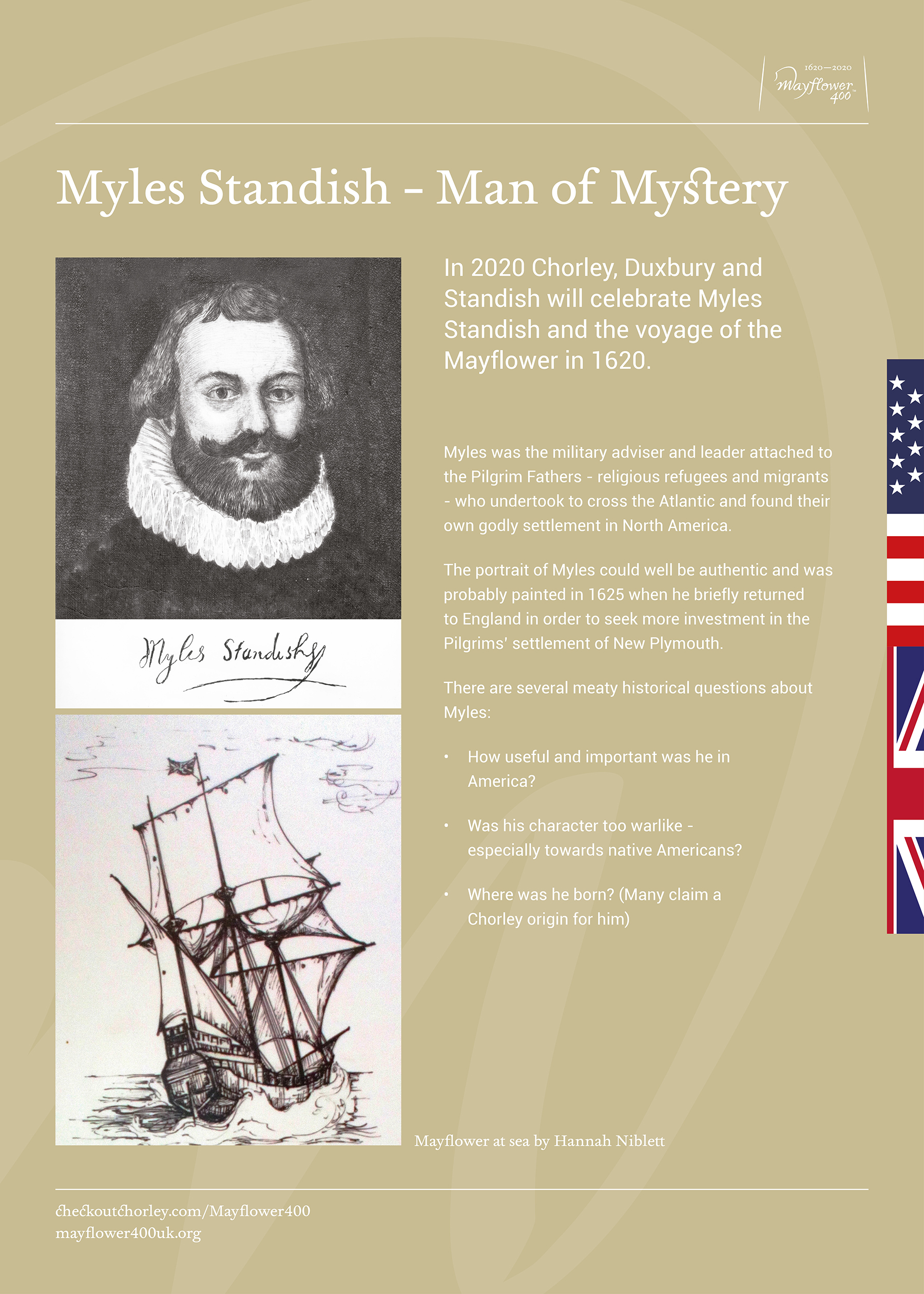 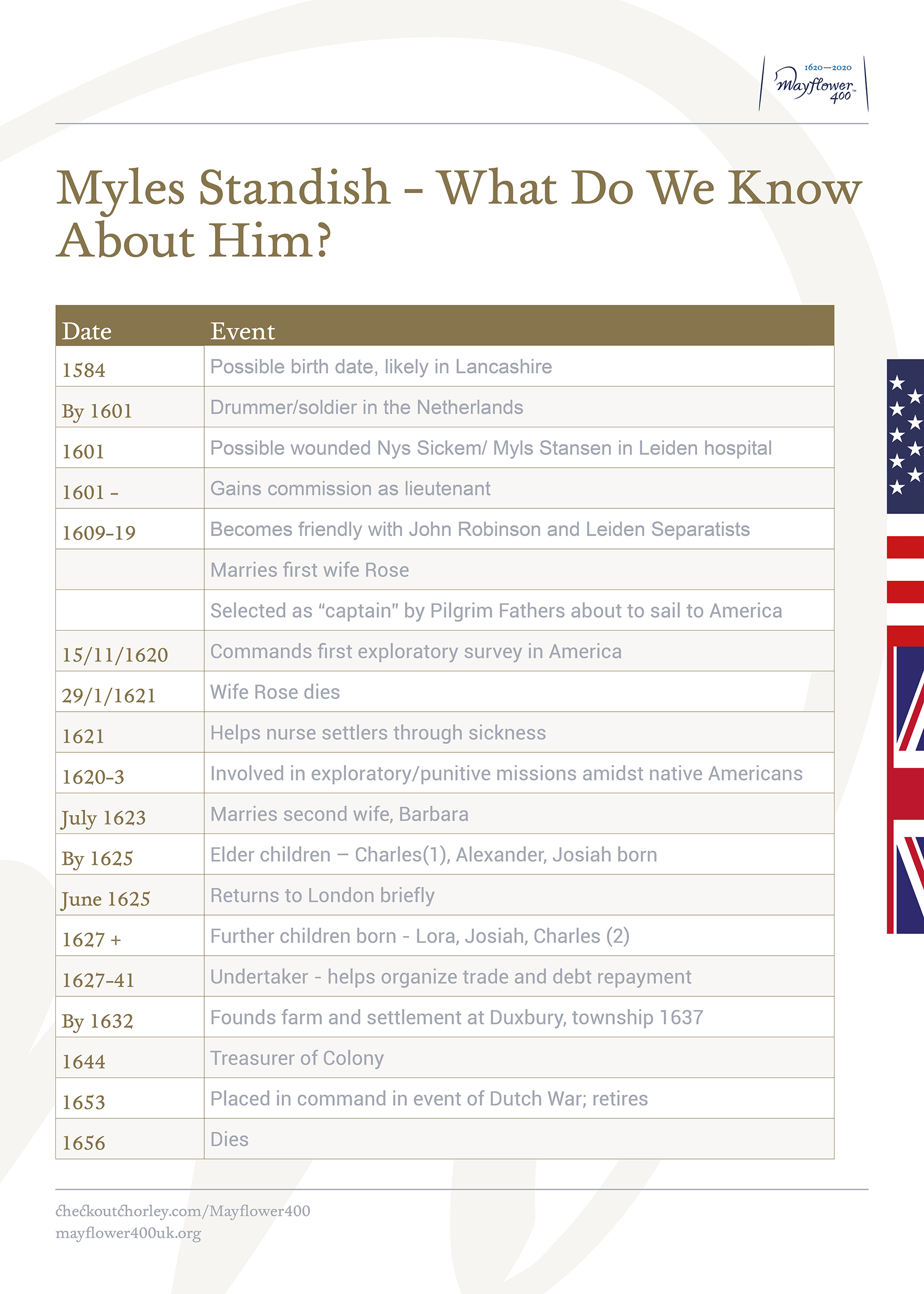 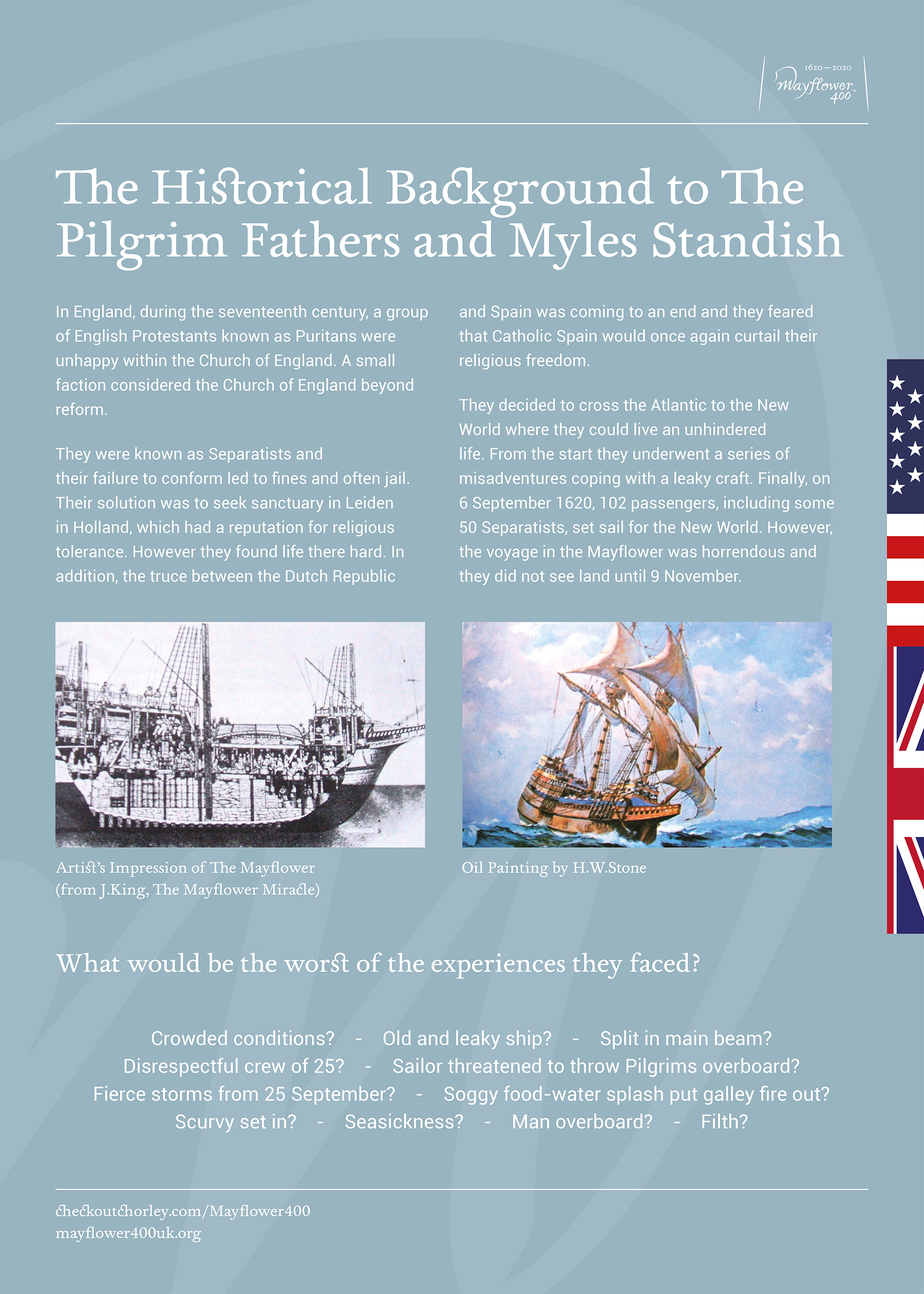 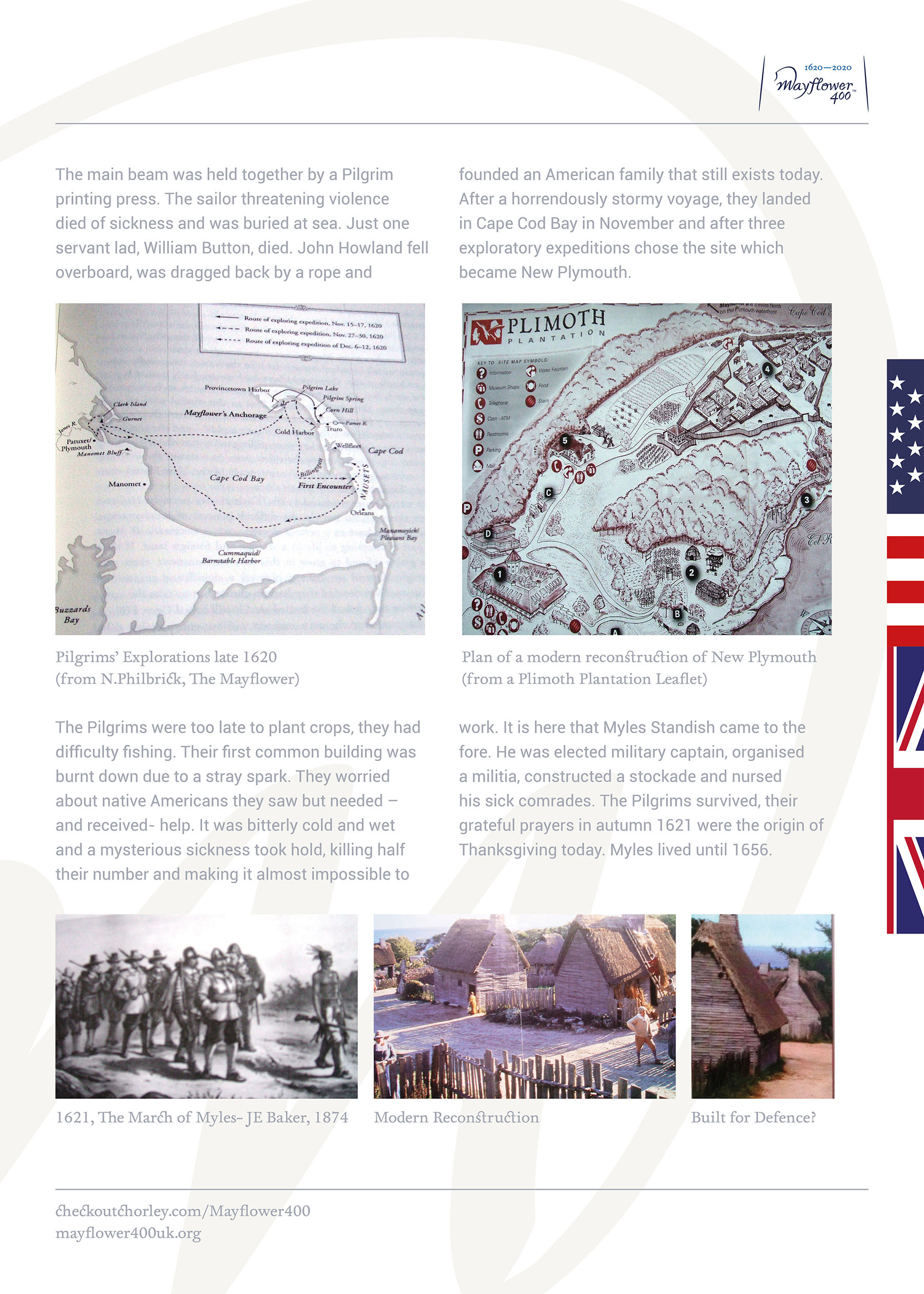 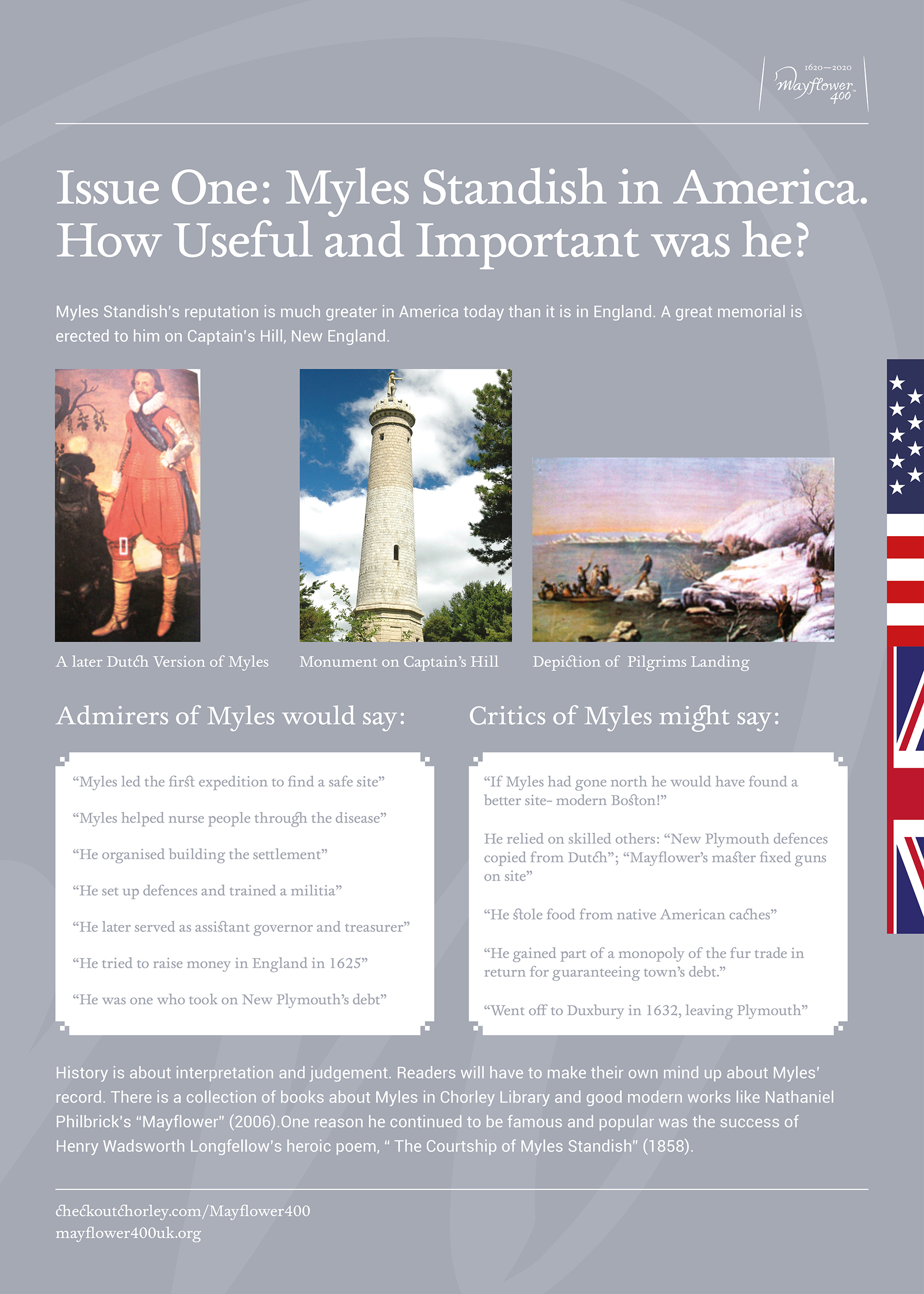 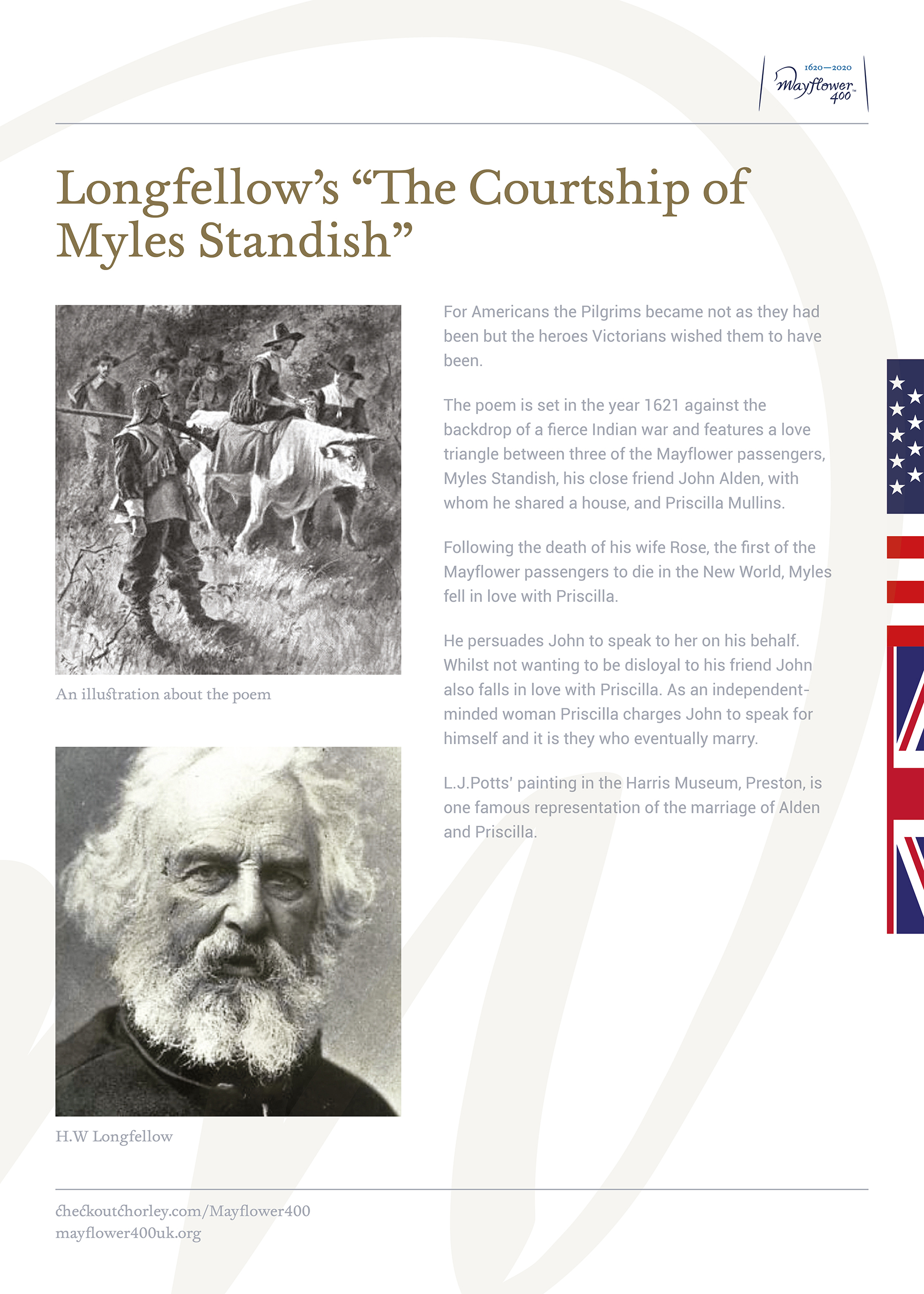 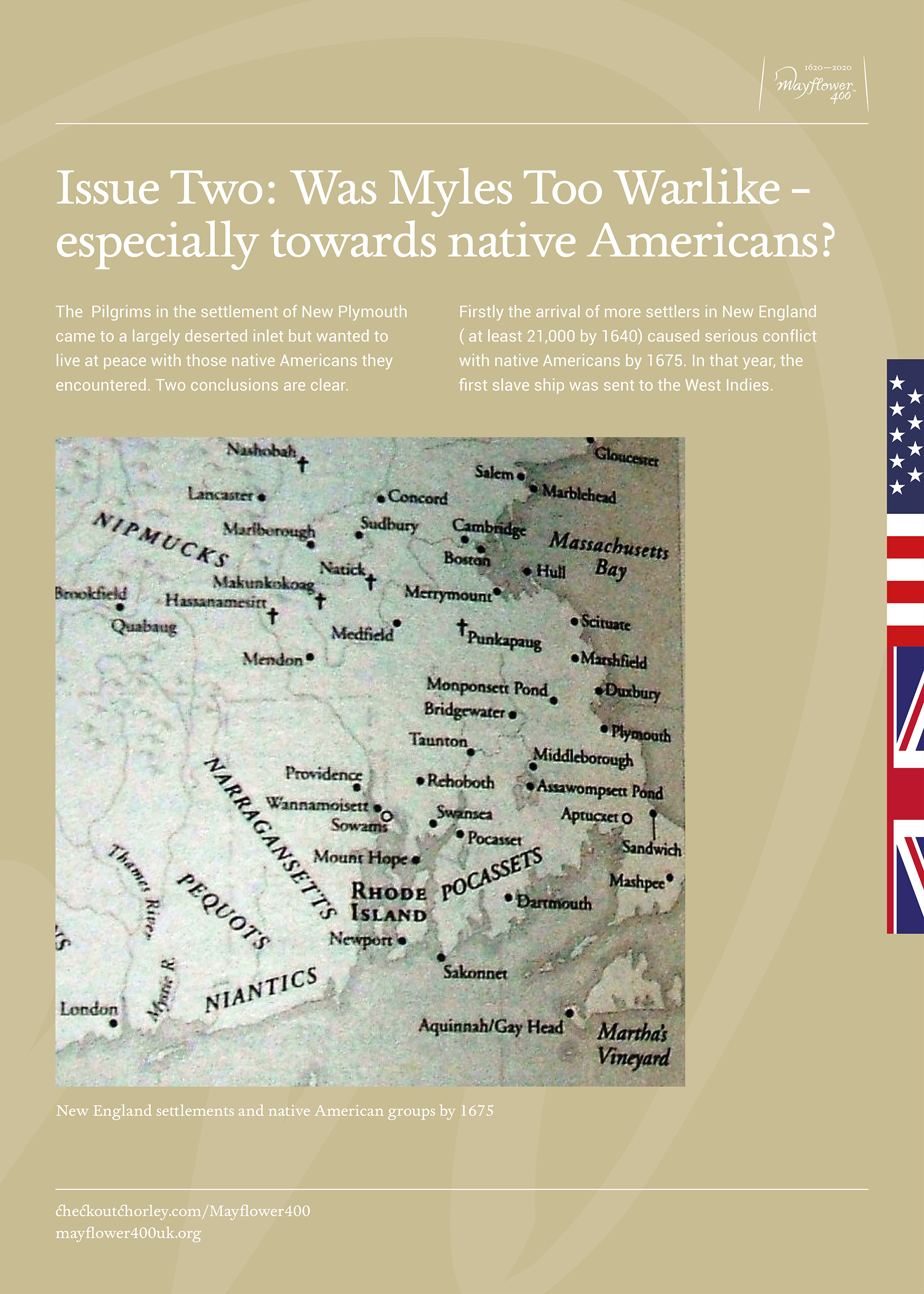 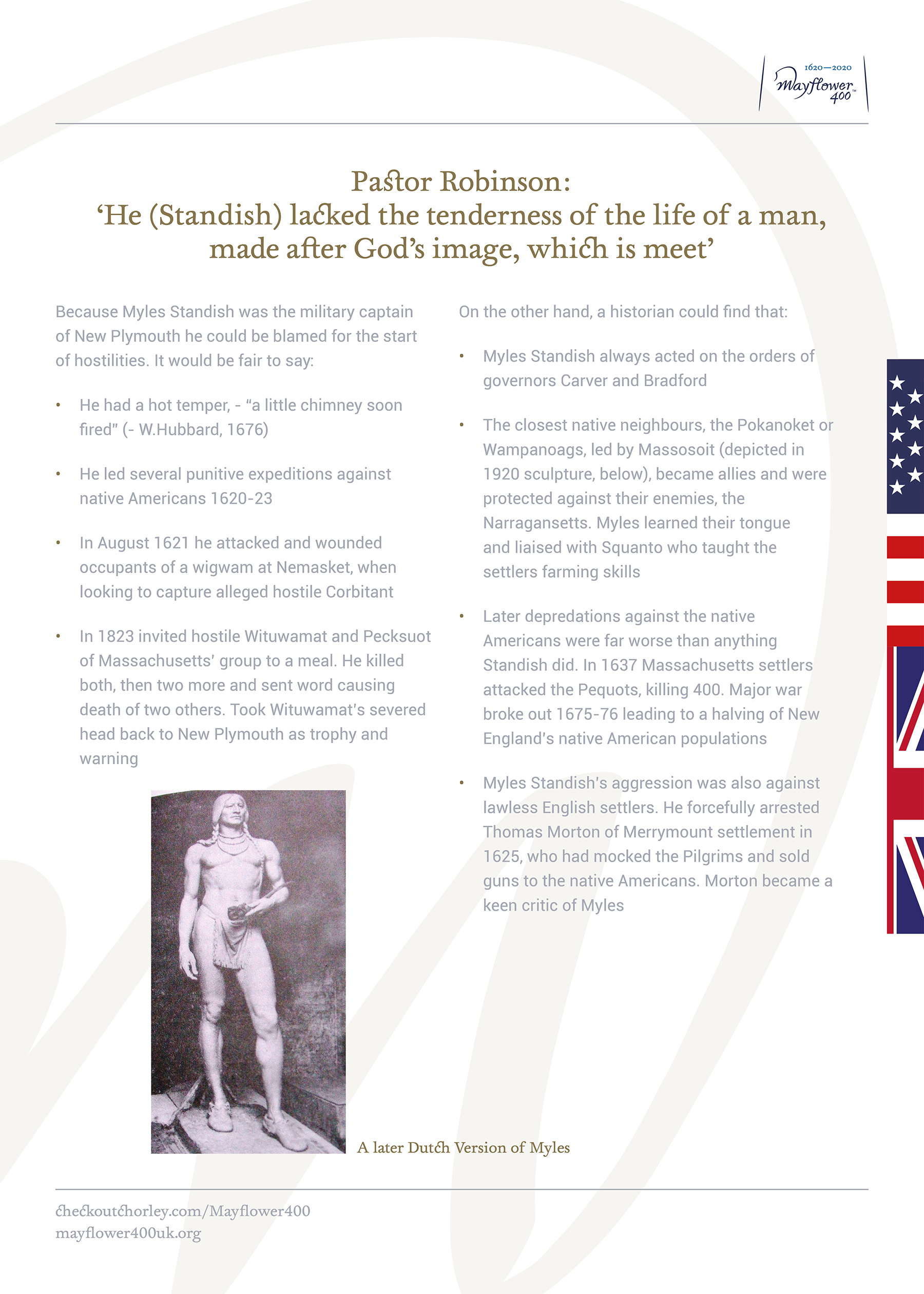 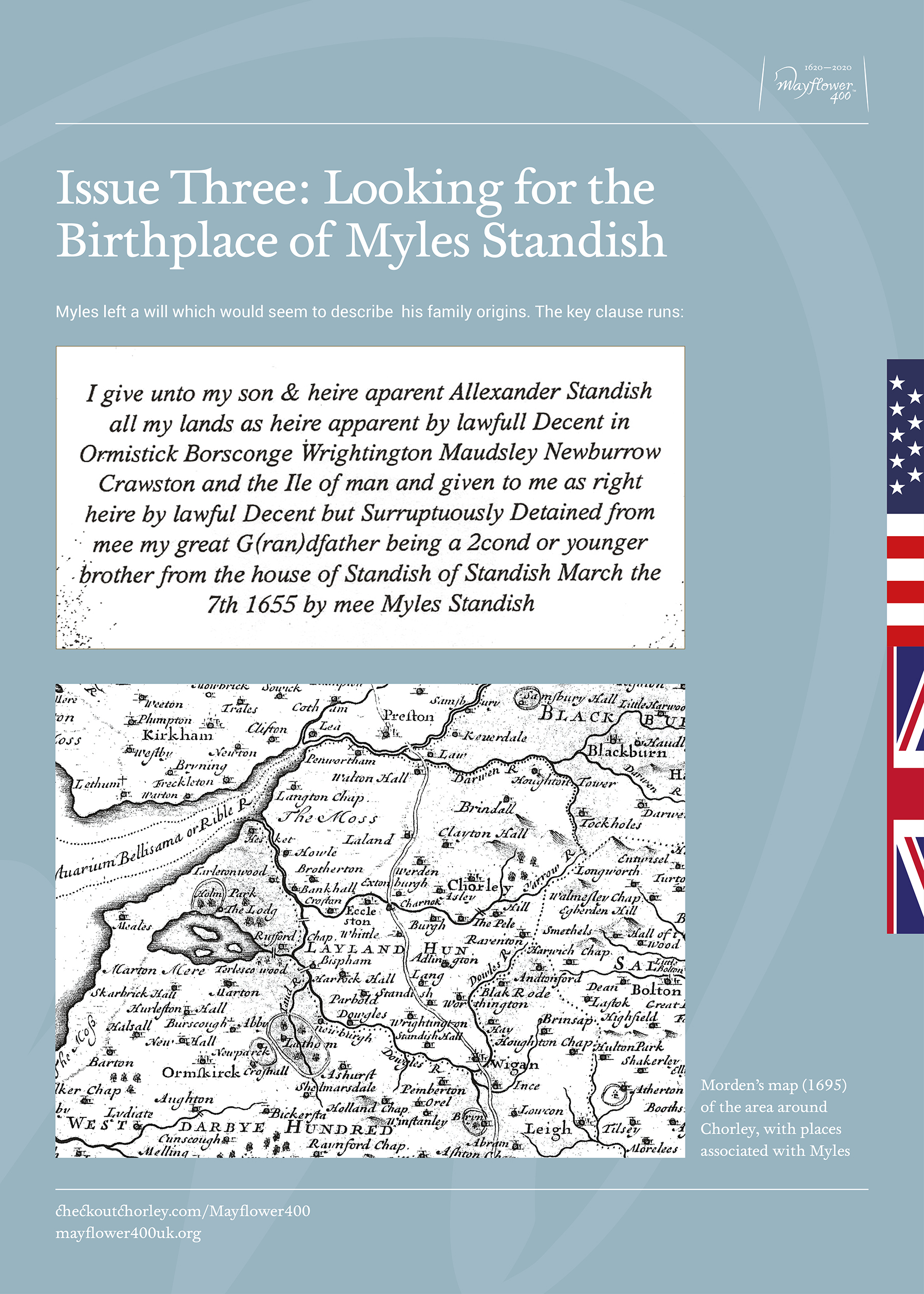 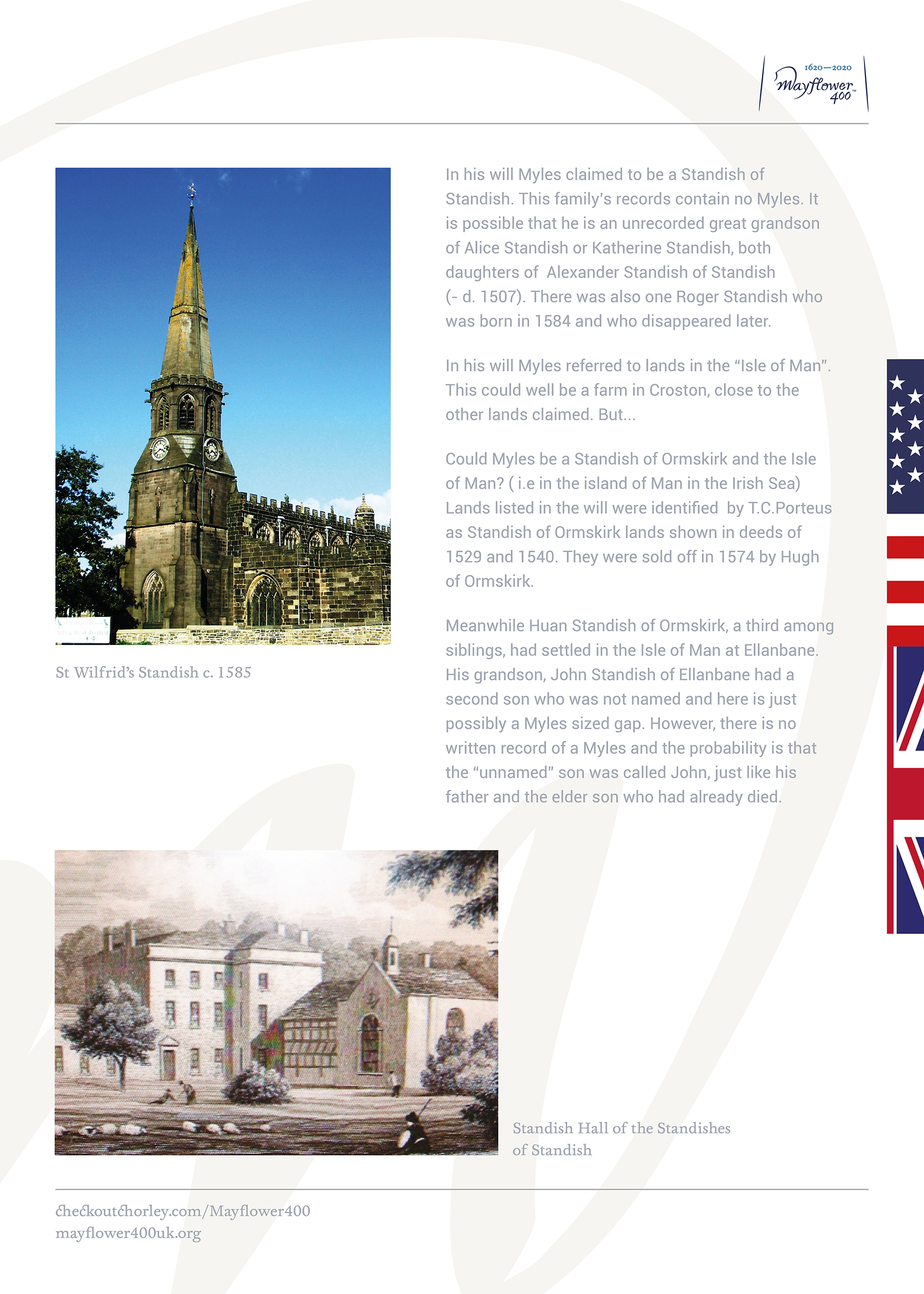 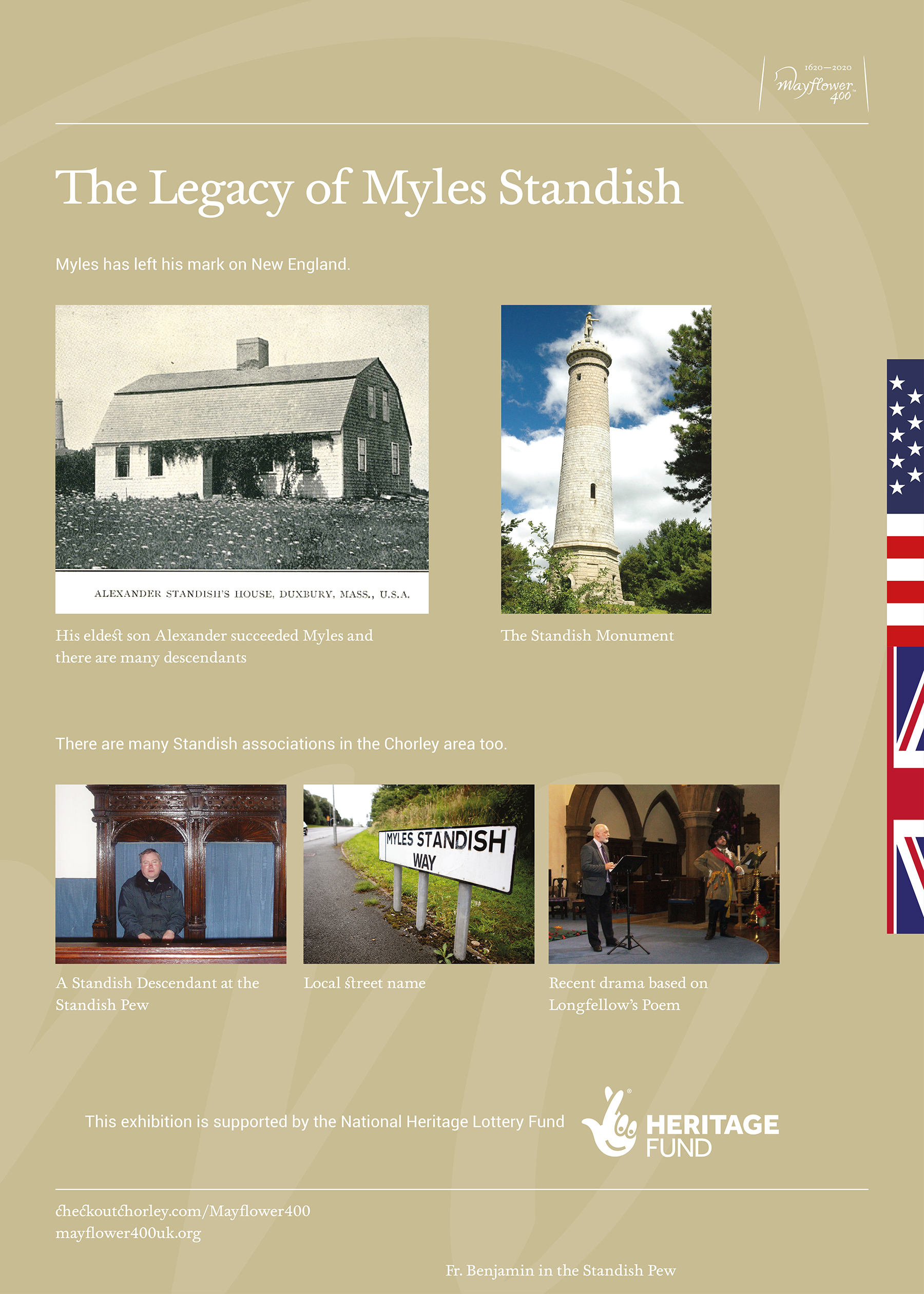 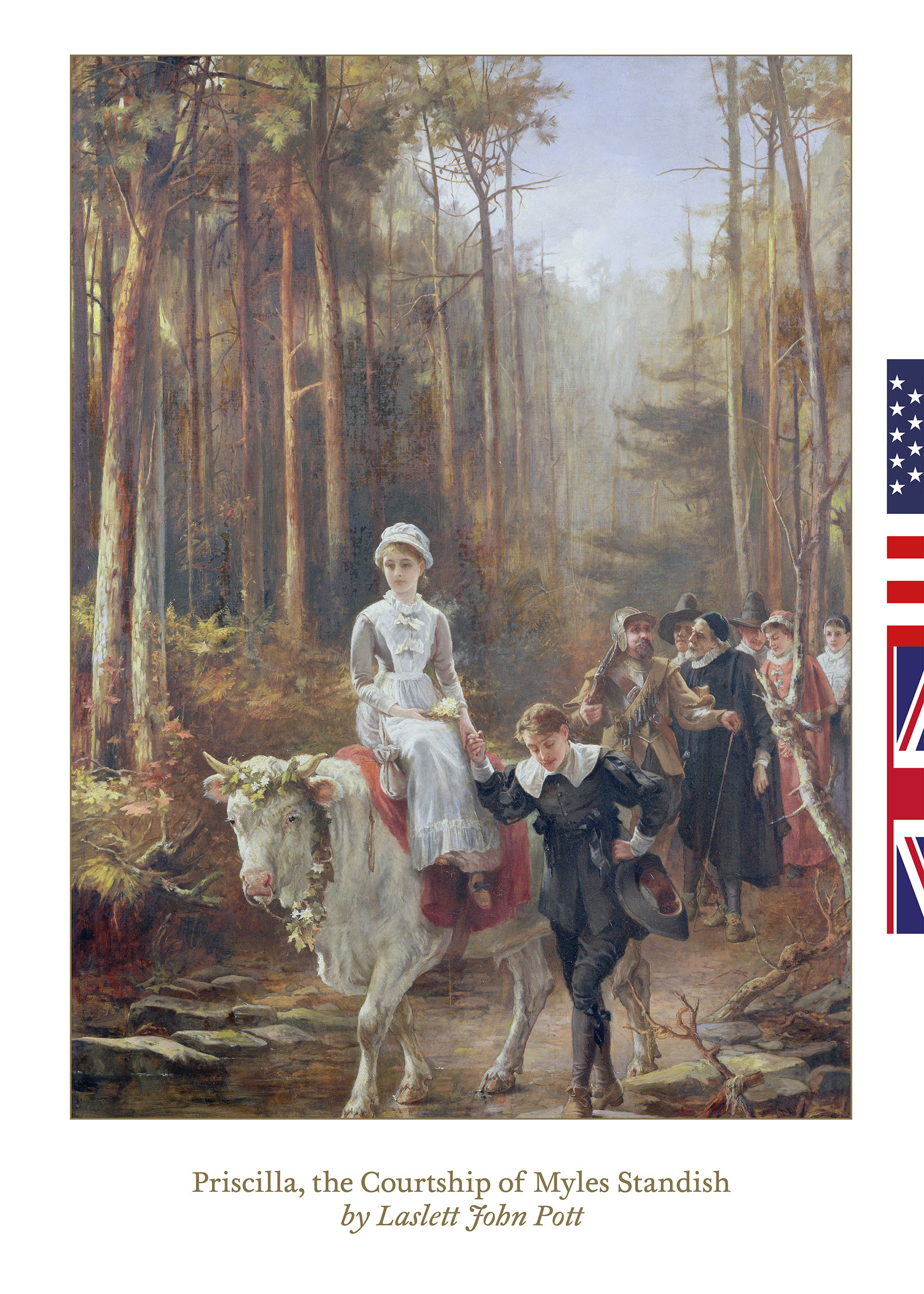 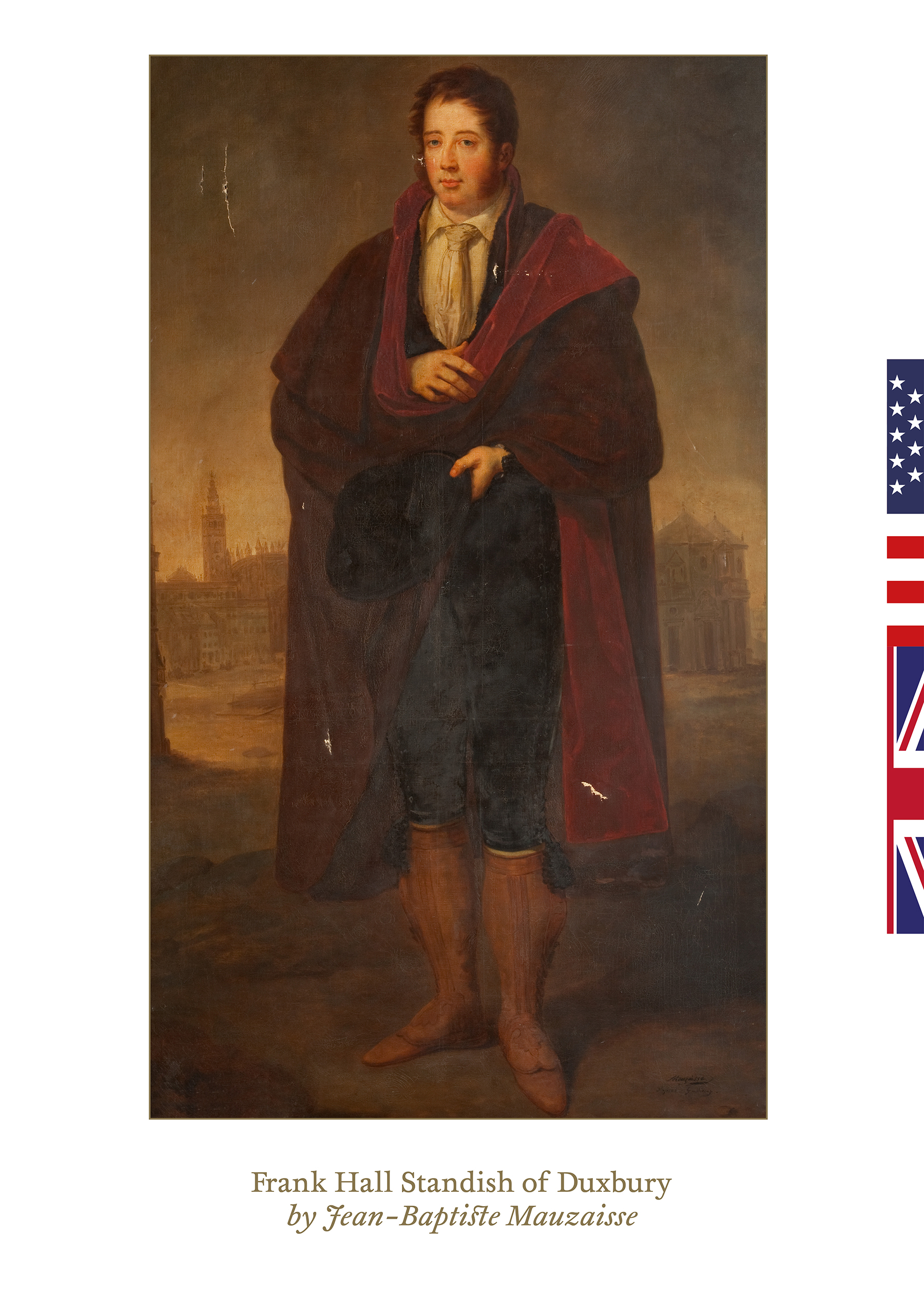 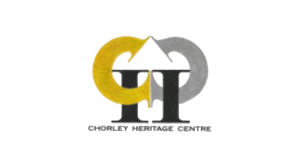